What are the topics covered this week? There’s a contract win for hardened military GPS modules, the Indian CEO Phenomenon, Intel spinning-off the self-driving Mobileye, the EU stopping the clock on its investigation into the Nvidia-Arm takeover and TSMC latest spat with Intel over government funding…

5. BAE Systems wins further contract for U.S. hardened military GPS modules
BAE Systems has been awarded a further $316 million contract to deliver hardened military GPS modules, by the U.S., following on from an initial agreement earlier this year. Specifically, the U.S. Defense Logistics Agency has executed the contract option, which together with the the $325.5m awarded in May brings the total funding to $641 million. The deal will ensure the availability of Common GPS Modules (CGM) for advanced military GPS receivers with anti-jamming and anti-spoofing capabilities.

4. The Indian CEO Phenomenon [Mannerisms]
Indian-born CEOs are a force to be reckoned with. Because of the popularity of technical degrees in India as well as the high-quality education facilities in the country, Indian tech CEOs often have a programming or engineering background, sometimes holding additional MBAs or other business degrees. Parag Agrawal, Who took over as CEO of Twitter last week, is a graduate of the Indian Institute of Technology in Mumbai and Stanford University, while Sundar Pichai, CEO of Alphabet, went to IIT Kharagpur and Stanford… 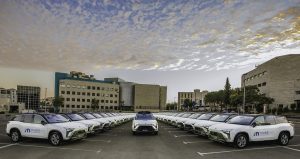 3. Intel to spin-off Mobileye
Intel says it will take Mobileye public in the USA in mid-2022 via an issue of new Mobileye stock. Estimates suggest Mobileye could be worth $50 billion. Mobileye had revenues of $1 billion in the first nine months of this year and operating income of $361 million. The move will unlock the value of Mobileye for Intel shareholders by creating a separate publicly traded company. Intel will remain the majority owner of Mobileye, and the two companies will continue as strategic partners.

2. EU stops the clock on Nvidia-Arm investigation
The EU has stopped the clock on its in-depth investigation into the Nvidia-Arm takeover. The EU antitrust people have halted their investigation while they wait for more information. It was revealed last week that the UK, EU and US agencies looking at the deal are in regular contact with eachother. 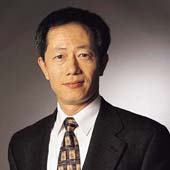 1. TSMC in spat with Intel
Last weekend TSMC chairman Mark Liu (pictured) took Intel to task over its efforts to persuade the US government only to support domestic US chip companies. “Not too many people will believe what Intel says,” said Liu, “it will be very negative for the US to subsidise only American companies. Unlike Intel, TSMC is very positive about non-US chipmskers expanding capacity in America. It is a great thing. This shows our decision two years ago is correct.” Two years ago TSMC decided to build fabs in Arizona.