Shenzhen-China based Open Source hardware manufacturer, Radxa has launched its system on module (SoM), Radxa CM3 which the company says is “a drop-in-replacement for Raspberry Pi CM4” for open hardware developments and deployments.

The Radxa CM3 is built on Rockchip RK3566 SoC with a 2GHz, quad Cortex-A55 core with an ARM G52 2EE graphics processor with OpenGL ES 3.2, OpenCL 2.0 and Vulkan 1.1 support; and a Neural network processor (coprocessor) with 0.8 TOPS performance rating. The Radxa CM3 SoM also features DRAM of up to 8GB, 128GB eMMC storage, WiFi 5/BT 5, display interfaces with dual support, and other resources which are furnished on a three 100pin B2B connector.

According to the company, the CM3 has been tested with multiple CM4 carrier boards including the Raspberry Pi CM IO board and it turns out that the boards can work well with the CM3 without the need for tweaks. 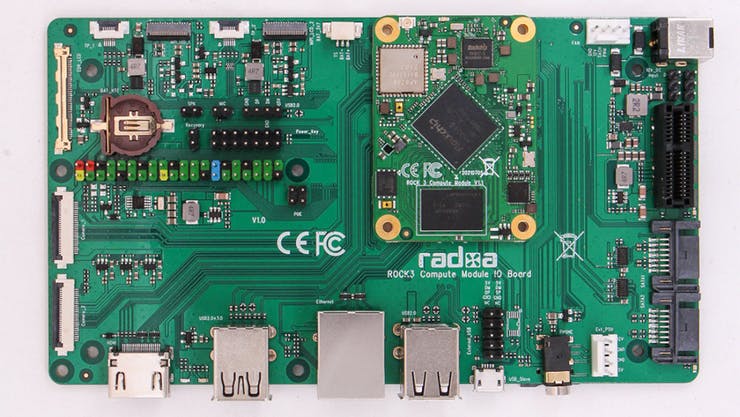 Radxa has also made available its CM3 IO board, a dedicated board for makers to use the extra features of CM3 at deployment.

Here are some of the features of the CM3 IO Board:

Expanding In A Vacuum